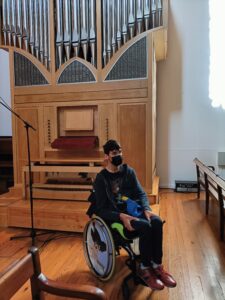 The Da Sé church is one of the main churches in Funchal.

Much sought after by those who visit us, not because it is in the center of Funchal, but because of the architecture.

It is a place of easy access, being done from the side, ( sacristy ).

Always be careful when entering, as it is a place of worship and there are usually many people inside.

The Cathedral of Funchal is a church with three naves with a transept defined only in plan, with a wide central nave and a wide transept, the widest of Portuguese cathedrals. All of this results in a clear and bright building, also highlighting the intelligence and uniqueness of the application of local materials that characterize the current Portuguese model of plain architecture, a stripped architecture, repeated and refined in the infinite local variation of more or less common churches , but some later instituted in sees.

The increase in the size of the central nave and transept already points to the decided ducal or royal purpose of making it, in the future, the seat of the bishopric of the Discoveries.

The covering of the naves and the transept by a magnificent set of Mudejar ceilings (Tetos de alfarge), the most monumental that has survived to this day in Portugal, as well as the setting up, in the chancel, of an ostentatious altarpiece and a stall, clearly evidence the Manueline intention to raise a primate church of the East and West Indies.

The whole of Funchal Cathedral rests on a leveled platform, consisting of a reasonably wide railing churchyard, with the main façade facing west, an obligatory aspect until the Council of Trent, location where the statue of Pope John Paul II was placed, which was there on May 12, 1991.

The central panel is entirely in red ashlar stonework apparent from Cape Girão, slightly raised in relation to the sides, with a small portal with six archivolts, surrounded by an arch in relief, topped at the top by what appears to be a cup or a monstrance, surmounted by the coat of arms of D. Manuel with an open crown.

Superiorly, it features a small rose window with radiant grille centered on a small cross of Christ, topped by a stonework cymbal and, likewise, the cross of Christ. The side panels are blind, whitewashed and are topped off, laterally, by strong exposed stonework corners.

The side facades of the naves have four crevice-shaped windows, which are repeated in the clerestory, that is, in the upper part of the central nave, there with decorated small columns, of which traces remain, and there is a large square window illuminating the baptistery, to the north, probably something later.

All the windows are from the initial construction, although the walls were reinforced in the works of 1790 to replace the altars of the confraternities, at that time, the neoclassical portals were made, attributable to the painter and architect of Canarian origin António Vila Vicêncio (c. 1730 -1796), then Master of Royal Works.

The churchyard also served as a cemetery, perhaps in the mid-19th century. In the 18th century, when burials inside temples were limited to the maximum, remains of bones almost always appear when works are carried out in these areas. In the paving, some tombstones from the interior of the cathedral were used, but most of the inscriptions were bushhammered.

A small fragment escaped in the north area, with gothic writing, but almost impossible to read, probably one of the oldest tombstones of the cathedral. For the steps of the south door, ancient tombstones were also used, one of which is very curious, because it is double.

The transept has a great visual impact and features large windows, now of some size, on the side walls, facing west, on the north arm, capitals with armillary spheres; those on the opposite arm are simpler, and one of them was opened in a much later work campaign.

The south and north facades have small rose windows, similar to the west facade. The large west window of the north arm of the transept still features, internally, a polylobed frame from the late Gothic tradition that must have had a correspondence in the south arm, but which successive rehabilitation works have made disappear.

The chevet is entirely in exposed stonework and is composed of an apse with a faceted top, with four buttresses replaced in the works carried out in the mid-19th century. XX, when the openings of pointed arches were also replaced, then equipped with stained glass windows by Joaquim Rebocho (1912-?), dated 1959. The apse of the current chapel of the Blessed Sacrament is also reinforced by stepped buttresses, topped by a decorated grille with crosses of Christ and surmounted by large twisted pinnacles, 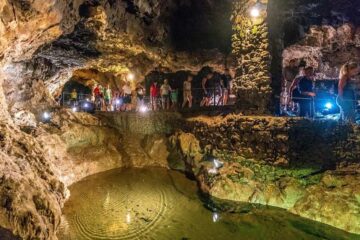 The caves provide a very well organized visit, lasting about 30 minutes, duly conducted by specialized guides. The visit supplements the repetitive monotony of a little diversified visual offer, with the creation of a mysterious Read more… 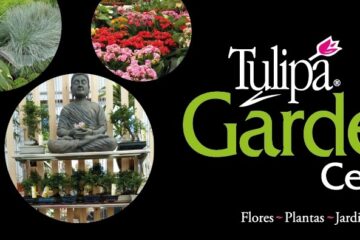 Discover a garden where you can buy your flowers. Tulip Garden Center « Back 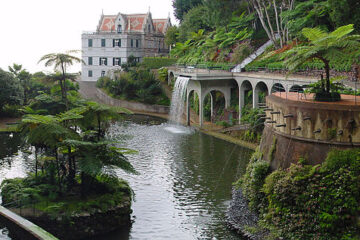 Located in the Monte Palace Tropical Garden, the museum houses two permanent collections, one of minerals and the other of contemporary Zimbabwean sculpture. In the 18th century, the English consul Charles Murray bought a property Read more…