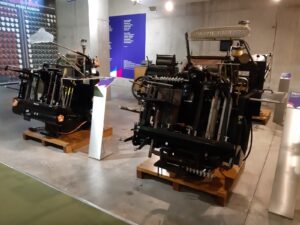 One of the most recent museums in the region brings together an interesting historical, typographic, lithographic and cinematographic heritage of the Press and Communication in Madeira Inaugurated in August 2013, the Madeira Press Museum is discovered in the building of the Municipal Library of Câmara de Lobos.

With an area of about 2000 m2, the new museum, in conjunction with the National Press Museum, has the mission to show, inventory and recover the heritage of the printing industry and the press of the Autonomous Region of Madeira, as well as promote activities of cultural dynamicization.

The museum’s estate brings together about four dozen machines and a considerable typographic, lithographic, cinematographic and other historical heritage associated with the Press and Communication area, which highlights some original equipment and machines from the 19th and 20th centuries, including a manual printing machine, manufactured by Golding & C.ª (Boston) in 1886; an “Intertype”, manufactured in England in 1911 by Harris-Intertype, Ltd.; and a rotating printing machine, an unmatched unit in the history of the press in Madeira. 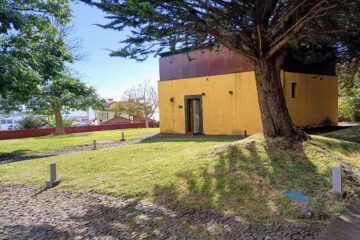 "In the middle of the 15th century, the Torre do Capitão was built, considered to be the first stone house in Madeira. 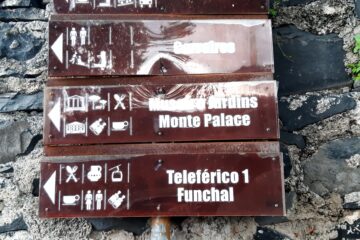 The parish of Monte is where the Carreiros Do Monte and the famous church of Monte are situated (this one is not accessible).

The municipality of Machico is truly a land of diverse landscapes and the Portela Viewpoint, located at 670 metres altitude and surrounded by beautiful Hortências, is proof of that.