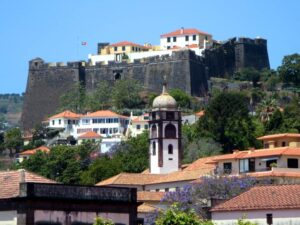 One of the "ex-libris" of the island, it was erected in the context of the Philippine Dynasty (1580-1640), in a dominant position over Pico dos Frias, as an integral part of the defensive system of the city of Funchal against the attacks of privateers and pirates, once frequent in this region of the Atlantic Ocean. From the top of its walls, visitors can enjoy one of the best panoramas of the city and port of Funchal.

A stepfather to the city of Funchal and the Fortress of São Lourenço itself, the peak of the Frias and the water source that existed there, had been acquired from the nuns of Santa Clara by the Society of Jesus, who had installed a small recreational residence there, in addition to having channeled the waters from the spring to their College in Funchal. Since 1590 there was a project by Mateus Fernandes (III) for a fortification in Pico, but due to the resistance of the Company's priests, it had not materialized.

The oldest records about its construction date back to 1600, when Cristóvão Falcão de Sousa was appointed governor of Madeira. At the end of 1601, he sent to Lisbon the Sergeant Major of Funchal, Roque Borges de Sousa, with a plan of the new fortification. With the return of the Sergeant Major to Funchal, the works began, then only in wood, being garnished already in early 1602, than the Jesuits complained to Lisbon.

The "Lucidário Madeira" states that his first Constable was Francisco de Sousa, appointed in 1624, with the salary of 24$ annually and two barrels of wine. In the following years, the fortress was being passed the stone and lime, under the guidance of Jerónimo Jorge. Under the Fortress of St. John the Baptist of The Picoinvocation of St. Philip, his works would be completed as early as 1632, according to an epigraphic inscription on the Gate of Arms. The work continued until 1640, according to another inscription, which transcribes:

"Governor Luiz de Miranda Henriques Pinto made the third of the bulwark [de] S. Paulo and quasi all the curtain that takes the bulwark [de] St. John and the cistern with its nozzles and body of the guard rotos on the rock and the revelim of the door and the four houses of the warehouses of the first square, rotos in the rock and the beginning of the other warehouses and terraplenos of this first square." (Ell "Fortalezas" in the "Madeiran Lucidian".)

The cistern presents the date of 1639 in the murete, also dating from the management of that ruler.

After the Portuguese Restoration, in 1642 he was a lieutenant of the fortress Francisco de Mesa, who would later attain the rank of Sergeant Major of Madeira. At the end of that year, the lieutenant received for olive oil and firewood from the guard house. He was succeeded in the post by Benedito Catalão, (op. cit.) of the previous Philippine garrison, "for having served me for more than twenty years", according to the order of John IV of Portugal (1640-1656).

In the context of the Restoration War, the bulwarks were completed, as well as the Chapel of St. John the Baptist, which renamed the square. It dates from this period iconography authored by Bartolomeu João, who portrayed it in 1654 only with the walls and with the interior buildings still in the works. This constructive stage will have been the most complex, particularly at the angle of the bulwarks of São Paulo and São João, of monumental height.

Throughout the 18th century he was the subject of other changes, having been appointed in 1751 as its commander Captain-Corporal Rodrigo da Costa Almeida. (op.cit.) During this period, its facilities functioned as a powder warehouse and as a prison. Here he was arrested, in 1770, Fortaleza de São João Baptista do Pico João José de Bettencourt Freitas for having obstructed the read, in the Church of Santa Cruz, the excommunication of his father.

According to the "Lucidário", in 1770 here were collected the stray boys of Porto Santo to learn crafts in the workshops of the fortress, in the modalities of latoaria, smithy, tinander leaf, armaria and coronharia. The same source adds that these workshops experienced a great increase in 1802, under the supervision of the Sergeant Major, there having been made three rifles with butts of different woods of the island, for instruction of His Royal Highnesses. (Book of Orders, fl. 6, apud "Madeiran Lucidary".)

At the time of the great alluvial of 1803 all the homeless families were collected to the Pico Fortress, which was filled with campaign tents, armed on the terraces. (op. cit.)

In the context of the Portuguese Civil War (1828-1834), in 1833 the fortress was renamed Forte de São Miguel. With the end of the conflict and the victory of the Liberals, in 1834 he resumed his old appointment. (op. cit.)

When Charles I of Portugal (1889-1908) and his wife visited the island (1901), the former artillery of the fort saved in his honor, causing the shots damage to the windows of the dwellings built in their vicinity.

In the mid-20th century the old fort moved to the sphere of the Portuguese Navy to be installed there the Radio Telegraph Post of Funchal, which later became the naval telegraph station of Funchal. With the numerous antennas then raised, the population came to designate it "Pico Rádio".

Declared property of Public Interest in 1943, it is currently manned by military personnel of the Portuguese Navy, presenting a museum room that can be visited daily.

By decision of the Council of Ministers, as communicated by the meeting of June 26, 2014, "(…) disaffected from the military public domain the property designated by Fortaleza do Pico de São João, in Funchal, integrating it in the private domain of the State, with a view to its definitive assignment to the Autonomous Region of Madeira". This assignment, had as counterpart the transfer of ownership of the vessel "Blaus VII" to the Ministry of National Defense (Navy) and the transfer of the right to use the facilities of the so-called "Funchal Building 2000", where the Courts of the Mixed Courts and Conservatoires operate, to the Institute of Financial Management and Equipment of Justice. The transfer took place on July 11, 2014 in an official ceremony attended by the Minister of National Defense, José Aguiar-Branco.

Exemplary of rammed military architecture, isolated on top of a rocky ridge, at a quota of 111 meters above sea level, dominating the city and its port.

The citadel-shaped fortress grounds occupy an area of 2,750 square meters. With a quadrangular plant, it has four pentagonal bulwarks at the vertices on two levels. In the center opens the plaza of arms around which the barracks are available, open in the rock, paved with 17th century brick floors. Noteworthy is the large cistern excavated in the rock and dome on the main battery, with dimensions of 18 meters long, 6 meters wide and 10 meters high until closing. 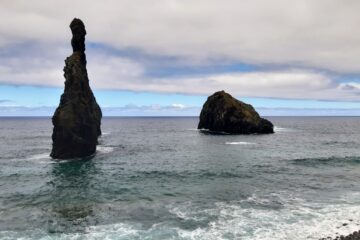 Foz Da Ribeira Da Janela is one of the obligatory stops for anyone passing by on this route. 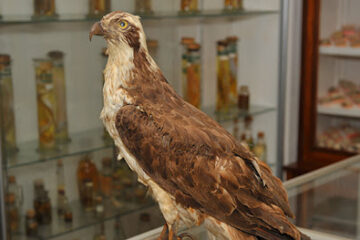 Located in the Botanical Garden of Madeira, the museum has a valuable estate representative of the rich natural heritage of the archipelago. In 1874, the Catholic priest and naturalist Ernest Schmitz settled on the island Read more… 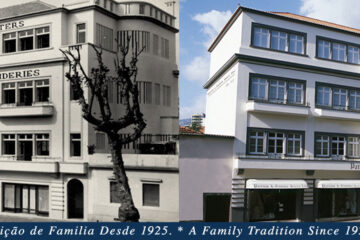 Manufacturer and exporter of the finest embroidery and tapestries of Madeira, Patrício & Gouveia Sucessores, Lda was founded in 1925 by Adolfo Aires de Freitas Patrício and João de Deus Magno Gouveia. With a growing Read more…