Is it a Challenge?

Thanks to their excellent geographical location and mountainous relief, these islands have surprisingly balmy weather, with moderate humidity and pleasant average temperatures of 25ºC in the summer and 17ºC in the winter.

The sea temperature is also very mild, thanks to the influence of the warm Gulf Stream, averaging 22ºC in the summer and 18ºC in the winter.

The archipelago is located in the African Plate in the Atlantic Ocean between latitude 30 ° and 33 °N, basically at the same latitude as Casablanca, 978 km southwest of Lisbon, about 700 km west of the African coast, and 450 km north of the Canary Islands.

This archipelago is formed by the Madeira Island with an area of 741 km², Porto Santo with 42.5 km², the Desertas Islands with a total of 14.2 km² comprising the three uninhabited islands, and by the Selvagens Islands whose set of 3 islands and sixteen uninhabited islets make up an area of 3.6 km². Of the eight islands, only the two largest (Madeira and Porto Santo) are inhabited and can be accessed via the Madeira Airport in Funchal and Porto Santo Airport.

Funchal, the capital city of Madeira, has access by sea, through a port with a modern station that stands out on the national scene, with regard to cruising. More than half a million passengers disembark here per year. The remaining islands are nature reserves.

For hundreds of years, Funchal was the only city of the Autonomous Region of Madeira, until 5 other cities gained this status between the end of the twentieth century and the beginning of the next century: Câmara de Lobos, Caniço, Machico, Santana and Vila Baleira.

The island of Madeira has a very rugged terrain, with the highest point being Pico Ruivo (1,862 m), the Pico das Torres (1,851 m) and Pico do Arieiro (1,818 m), respectively the third, fourth and fifth highest points of Portugal. The northern coast is dominated by high cliffs and in the western part of the island you find a plateau region, the Paul da Serra with altitudes between 1,300 and 1,500 m.

The population of the Autonomous Region of Madeira is traditionally follows Roman Catholicism.

The Diocese of Funchal was created on 12 June 1514 and its current bishop is D. Nuno Brás da Silva Martins.

In 1991, Pope John Paul II visited the island of Madeira and, to this day, he was the only Pope to visit the island.

Protestantism is practiced by few natural inhabitants and in small groups. To serve this cult, there is, in Funchal, a temple for the Anglican rite, the English Church, and another one for the Scottish rite, the Evangelical Presbyterian Church of Funchal.

The accessibilities on the island of Madeira are a little varied, we have places where we can go easily, without major problems, but many of them are not accessible.

The downtown Funchal, where the port is easy, it’s all flat, problems start when we need to enter the shops of shopping, shopping (elevators of small dimensions), restaurants. The old area, it’s almost all in ancient stone, it’s not hard, but it becomes a problem.

The cable car is highly sought after, for those who will visit the Monte. The cable car stops to get someone in a wheelchair, scooter, but you need to be careful with the measurements of the cabin and doors.

When we get to the Monte, there’s a garden. Monte Palace Garden, is extremely large, and we take about 4h to see. It is not fully accessible, but it has a golf cart, paying an extra price, they can come and seek it there is a doorway and leave it at the end of the garden while waiting for your family.

The botanical garden is one of the most visited gardens of the island of Madeira, but it is not accessible for wheelchair, the floor is stone, has enough uneven but through the chair for all the land that my company uses, this garden can be visited.

It is possible to visit the Monte Palace Garden using the same equipment.

Much of the museums are accessible, it depends of course on the location of each.Some use ramps for manual chairs to enter, elevators, depends a lot on the size of each equipment (chairs) and not all authorize the electric chairs and scooters enter because it can damage the floor or hit what is exposed.

Transport is only possible in the Funchal area, some buses are equipped with electric ramp, on the side, but do not always work, and the measurements are for manual chairs, if it is a larger chair / scooter, may not fit.  As they are public transport, no accessories are used to fix the equipment, I remind you that we have many descents and climbs.

There are some tour buses that make some trips in the center of funchal and surroundings, are prepared to wheelchair with manual ramp, but again I warn, which are not fixed with accessories, and we have many ups and downs. The experience can be good as bad.

There are many traditional places for wine tasting, sweets and traditional delicacies, some are accessible via elevator, or we put access ramps.

Many viewpoints are wheelchair accessible, without major problems, highlights the viewpoint of Cabo Girão, which has restaurant and adapted toilet.  The viewpoint of the Bride’s Veil, one of the very famous viewpoints of our island. These are ones that stand out.

There are others that are part of our tours.

Many restaurants are accessible, through elevators, ramps, etc.

They are places where you can taste our traditional food, such as fried corn with tuna, shard cake, meat skewers and fried corn and other delicacies that we can taste and cry for more.

Some have the traditional Madeiran dancer to discover a little more about our culture.

And many other sites, attractions such as the Madeira  Theme Park, the Caves of São Vicente (only the center of volcanism, the caves themselves, are not), the Aquarium of Porto Moniz.

But for those who do not know my company, here is the description, so do not have to worry about accessibility, and we take care of everything. 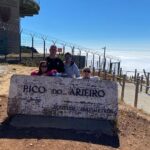 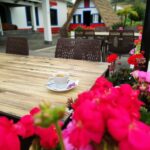 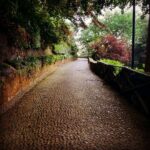 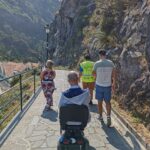 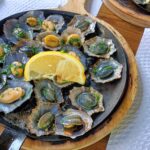 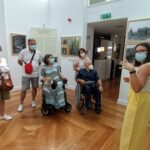 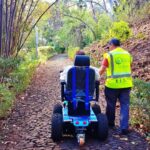 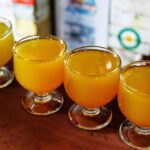 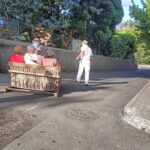 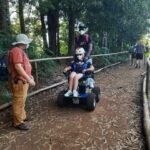 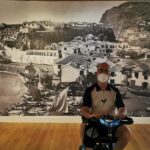 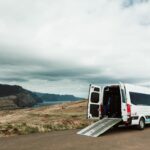 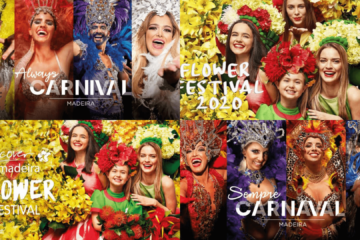 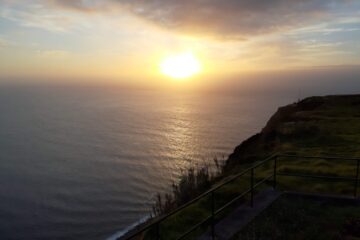