Description Of The Botanical Garden Tour

With This Tour You Will Know A Lot Of Flora And Fauna Of Our Island.

This Garden It’s Possible To Visit In 4 Hours.

The Madeira Botanical Garden – Eng.º Rui Vieira, with a garden area of approximately 5ha, gathers a high quantity and diversity of plant species (about 3000) originating from ecologically well differentiated areas of the world.

Throughout the garden, the plants are identified by their scientific name, common name, family and place of origin and are arranged in various main collections, of which the following stand out: Madeira endemic species, the arboretum, succulent plants, choreographed gardens and topiary, agro-industrial plants, aromatic and medicinal plants, palm and cycads and gardened areas.

The creation of the Madeira Botanical Garden was the fulfilment of an old aspiration dating back to the 18th century, since the Island had suitable climate conditions for cultivating a large number of plant species, from those characteristic of tropical regions to those of cold regions.

The collection of succulent plants is located in the central-eastern part of the Garden, near the main house. This collection consists of plants that have morphological and physiological adaptations that allow them to survive in dry and/or desert environments. Here visitors can observe the most diverse evolutionary strategies and adaptations of these curious plants.

The collection contains around 200 species from various families, in particular Cactaceae, Crassulaceae, Agavaceae, Euphorbiaceae, Asclepidaceae and Aizoaceae, among others.

Topiary, or ornamental pruning, consists of giving artistic forms to the plants by cutting them with pruning shears.

This practice, as well as choreographed gardens, where plants of different colours are used to create patterns and mosaics, aim to create pleasant and harmonious environments. Its realisation requires great care in the choice of species and in the shaping process.

In the Madeira Botanical Garden, besides a topiary exhibition, where several shapes of animals and objects sculpted in bushes can be observed, the visitor can also see an area with choreographed gardens, where plants of different colours are conjugated and organised to create colourful mosaics.

In the area where the topiary exhibition is located, there is also a representation of the picturesque Santana house, a typical construction of the municipality of Santana on the island of Madeira.

These buildings are characterised by their triangular shape, the walls painted white, the doors red and the peripheries of the doors and windows blue, and the thatched roof, which was traditionally replaced every 5 years.

The importance of plants to Man is undeniable. Whether as a source of food or as raw material for the most varied industrial purposes, human beings learned early on to use plants for their well-being.

The collection of agro-industrial plants, located in the central area of the garden, brings together about 150 species and varieties of plants used in food and industry. Tropical and subtropical fruit trees stand out.

The palm trees, although they are found all over the world, have their origin and preferential distribution in the tropical and subtropical regions.

The conicas are plants with a similar appearance to palms.

Although they were especially abundant in the Jurassic period of the Mesozoic Era, there are currently few species, some of which are threatened with extinction.

At present, their natural distribution is restricted to a very limited number of tropical and subtropical regions.

These plants, due to their large, glossy leaves and their inflorescences in large cones, similar to pine cones and often with bright colours ranging from yellow to orange, have been much appreciated in garden decoration.

In 1997, in the southern section of the Garden, next to the amphitheatre, a collection of about 44 species of palms and cycads was created. In the palms, the highlights are the specimens of Bismackia nobilis (silver palm), Lateria felti, Chambeyronia macrocarpa (governor palm) and several species of the Washingtonia genus.

In the cicas, specimens of the genera Dioon, Encephalartos, Zamia and Macrozamia stand out.

The collection of Madeira endemic species aims to make the flora of the Madeira Archipelago known.

The collection includes specimens of various endemic taxa, some of which are rare and threatened with extinction. For example, Jasminum azoricum, Cheirolophus massonianus, Chamaemeles coriacea, Pittosporum coriaceum and Prunus lusitanica subsp. hixa).

There are two areas in the garden dedicated to the flora of Madeira; one located in the arboretum area and the other in the southern section of the garden, next to the amphitheatre and the collection of palms and cycads.

In the collection located in the arboretum, the tree species of the Madeira Laurissilva stand out, such as the Beech (Myrica faya), the Lily of the Valley Tree (Clethra arborea), the Madeira Mahogany (Persea indica), the Madeira Laurel (Ocotea foetens) and the Bay Tree (Laurus novocanariensis) and also other endemic species of Madeira and Macaronesia that are rare or threatened with extinction, namely the Mocane (Pittosporum coriaceum), the Dragon Tree (Dracena draco), the Jasmine Tree (Jasminum azoricum), the Madeira Geranium (Geranium maderense) and Cheirolophus massonianus among several others.

The collection located in the south area of the Garden has the species organized in order to represent the various levels of Madeira’s vegetation, from the coastal area to the island’s high mountains.

In this area the rare species Berberis maderensis and Pittosporum coriaceum stand out.

Also noteworthy in this collection is an ex situ conservation area of Aichryson dumosum, a species endemic to Madeira and extremely rare in Nature. In this space, the peculiar habitat of this species was recreated, which lives among piles of basaltic rocks in only one locality of Madeira Island.

Please contact us for more information. this place has a public 🚾♿ and is served by a snack bar and a restaurant.

It is only possible to do this garden using our equipment.

Return time to the hotel 30m.

Protected: Description Be Dazzled By Sea And Mountain Views 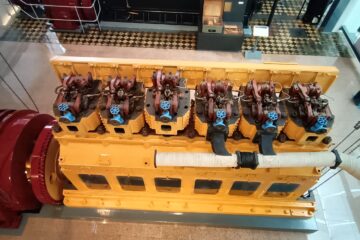 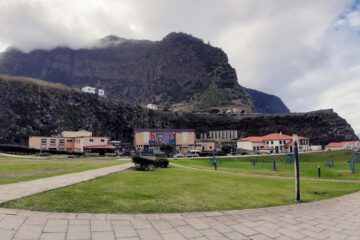 Protected: Description From The Valley To the Mountain Ending Deep In The Earth