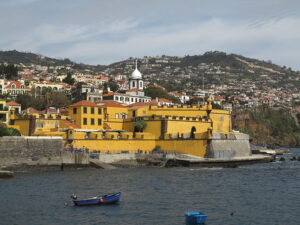 The construction of the fortress of St. James must have begun around 1614, as can still be seen today in the inscription of the primitive gate. The beginning of the construction should be attributed to the real master of works, Jerónimo Jorge, fortifying arrived in Madeira to replace Mateus Fernandes, author of the plans of the defensive walls of the city and who worked here since 1567.

After the death of Jerónimo Jorge in 1617, the work was continued by his son, Bartlomy John. The first phase of the works of the fortress must have been completed in 1637, in time of D. Filipe II of Portugal, (Philip III of Spain). In the eighteenth century will be attended by the second major campaign of works, directed by engineer Tossi Columbina (author of the project of the port of Funchal), under the orders of the then governor José Correia de Sá, who acquired new pyroballistic devices in London.

The relative commemoration and this work intervention is still present in the epigraph that is observed on the new gate, boasting the date of 1767. Some modifications were advanced in the time of the Napoleonic wars in the early 19th century, and the fortress served as a barracks for British troops.

Already in 1803, in the fortress were collected many families who had been homeless at the time of the terrible alluvial. In the mid-same century was built the house of the commander and the guard.

At the beginning of the 20th century, improvements were made again, even by the visit in 1901, D. Carlos I, King of Portugal. The Fortress was then the headquarters of the Mobile Artillery Battery. The delivery to the Autonomous Region of Madeira of this unit was made on 17 July 1992. At the time, it served as a barracks of the Army Police and the Lancers Squadron of Funchal.

As a project for the occupation of the spaces available, the Regional Government of the Autonomous Region of Madeira decided to install a military space and the Museum of Contemporary Art that was created in 1992. Since 1986, a selection of works of art have been exhibited at Quinta Magnolia in Funchal on the designation of A Nucleus of Contemporary Art.

♿🔴-Accessibility: Difficult (because of the ground, it makes the wheels of the equipment catch) 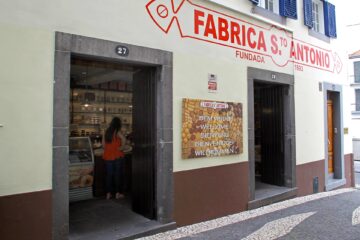 The factory was founded in 1893 by Francisco Roque Gomes da Silva. Since the beginning, the factory and store have remained in the same place, in Travessa do Forno. It began by producing biscuits and Read more… 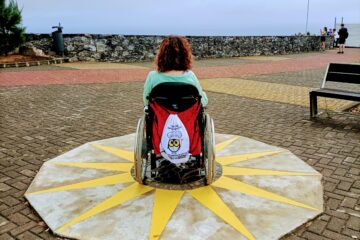 The Miradouro do Cristo Rei, or Garajau Viewpoint, as it is commonly known, is one of the most visited viewpoints in Caniço.

Santana has been part of our postcards for as long as I can remember. A must stop to take pictures of the famous triangle-shaped houses with thatched roofs, the famous Casinhas de Santana.