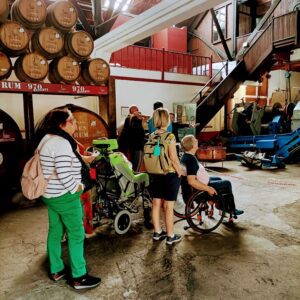 A visit to the historic Companhia dos Engenhos do Norte, in the village of Porto da Cruz, will allow you to know one of the main living testimonies of the glorious past of sugar production on the island and go back to the beginning of the 19th century. XX. Built at the beginning of the 20th century (1927), but equipped with 19th-century machinery, Engenho do Porto da Cruz is one of the most striking examples of the importance of sugarcane in Madeira, and constitutes a museum nucleus of great patrimonial importance.

It is dedicated exclusively to the production of sugarcane/rum brandy according to the original processes, highlighting among these the Brandy “Branca” and Aged Brandy 970 Reserve.

If between March and May, the months of the campaign, we can experience the sounds, movements and odors of their fermentation, although with the consequent limitations of the necessary safety measures, in the rest of the year it is possible to observe the machines and perceive the mechanism through interactive devices. In the end we suggest a visit to casa do Rum right next to Engenho, where you can taste several runs.

This is a rectangular plant building built in basaltic masonry with lime mortar, with curved vergas spans and a large door. It also has a high chimney, 26 meters high, cylindrical built in red brick.

Inside the factory there is machinery that takes us back to the time of the Industrial Revolution. The engenho do Porto da Cruz is one of the three ancient mills in activity in Madeira. Built in 1927, as a result of the merger of some of the approximately fifty existing then on the island, it still uses today the machines of that time, being the only one in Europe to use steam as a driving force.

Among other equipment of this time we highlight the wood boiler, built by Jones Burton & Comp. Lda, from Liverpool, another boiler fed with firewood and the waste of grinding, manufactured in the now defunct Arsenal of St. James, which was a landmark of the industry in Madeira, several steam pumps and in full operation, several copper tins that served for the manufacture of honey, a serpentine also in copper used in the manufacture of rum and french stills of the Barbet brand in column with 7.50 meters high that still today produce madeira’s agricultural rum.

♿🟠- Accessibility: Medium (Because of the floor, will make the equipment shake, some small unevenness on the floor). 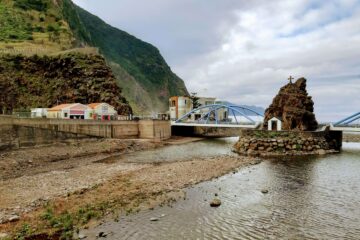 São Vicente is known for its caves (not fully accessible) but you can visit the surrounding gardens and the Volcanism Centre. 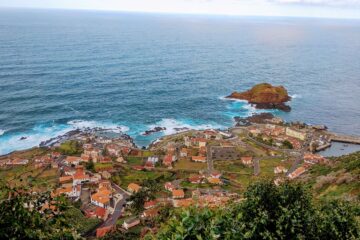 The Miradouro Da Santinha is one of those places that go unnoticed to those who visit us, since it will always depend on the route we use to get to Porto Moniz. 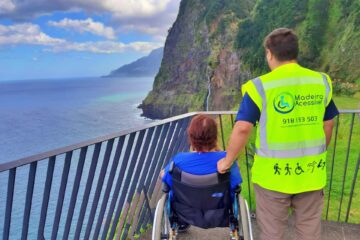 The Miradouro do Véu Da Noiva (Bride's Veil Viewpoint), is on the old (now new) road between Seixal and São Vicente.