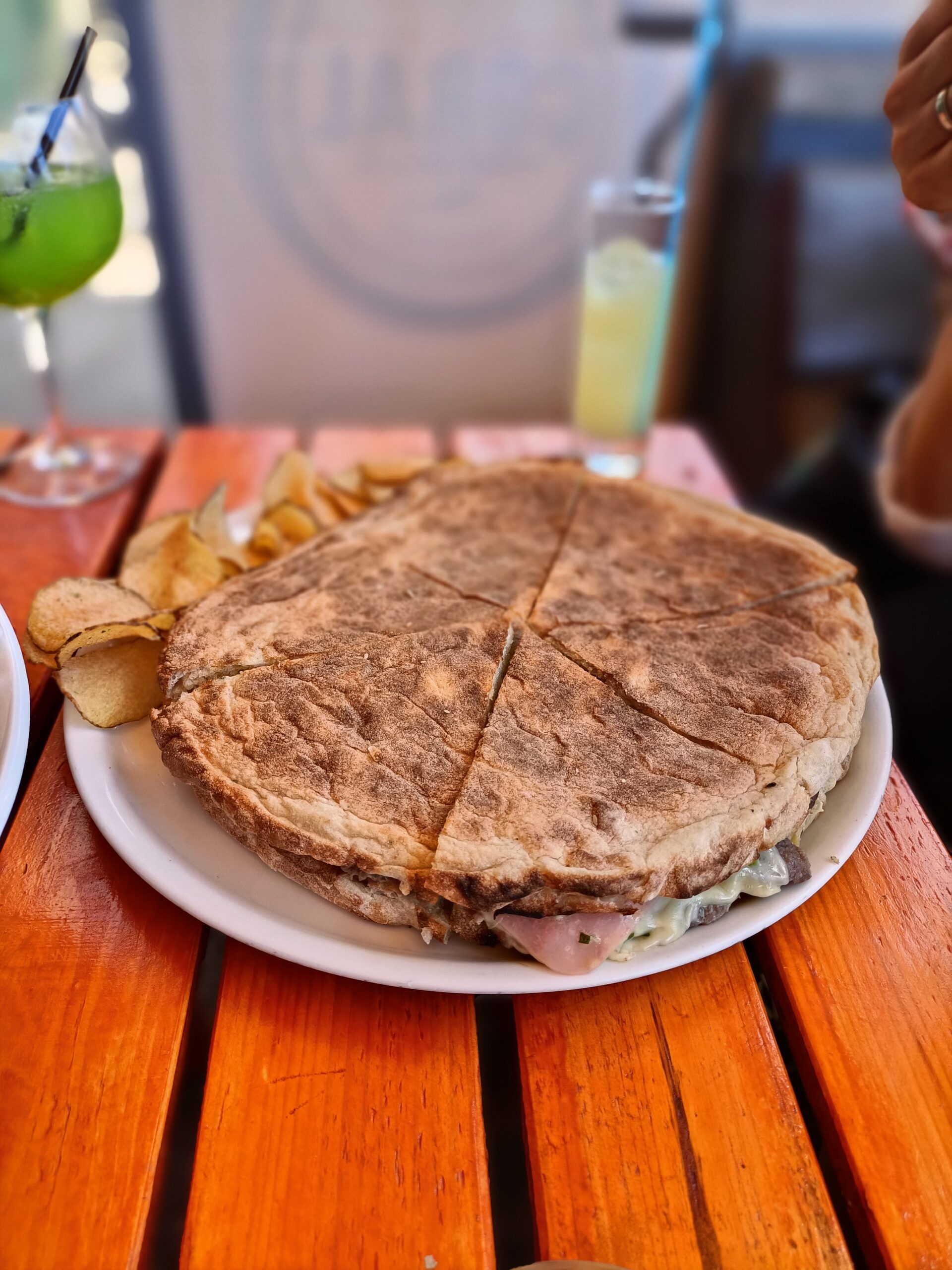 The bolo do caco is a very traditional bread from here.

It is a bread with garlic butter.

Bolo do Caco is a food that establishes a link between Madeiran bread and the bread of Arab influence.

Made with wheat flour, home-made yeast, water and salt, it is kneaded and after rising, the dough is cut into rounded, flat pieces.

This bread used to be kneaded by hand and baked in a stone oven.

With the advance of technology, we have lost this custom of kneading by hand and baking in a stone oven.

Nowadays, although the tradition is not the same, there are still places, which still do it.

We soon notice the difference.

Mainly when it takes the garlic butter and we leave it to eat later.

Home-made bread is a more traditional bread, with a stiffer exterior.

It is customary to have this bread at the weekend and it takes sweet potato.

It is one of those delicacies, to be eaten warm, when we open it, spread the butter and see bits of sweet potato.

Hum, it’s one of those things we don’t want to miss.

This bread is still made very traditionally in a stone oven and kneaded by hand.

Many restaurants use this bread and put garlic butter on it, and it’s gratinated for a while.

Often the customer is given the natural, just spread the butter.

It is common, along with bolo do caco, to see limpets, grilled in the frying pan.

These small molluscs are grilled in a pan with garlic and olive oil and served to people while still hot.

For many it may be a different experience, but it’s something to consider trying.

Tuna Steak with Fried Corn, I think it will be one of the most popular dishes for those who visit us.

This recipe will change a lot from restaurant to restaurant, but something you should try.

Tuna is a fish that is caught off the coast of Madeira and the Azores and in this dish it is king, it can be made in slices, in small pieces, with onions, Madeira wine, it will always depend on each restaurant.

It is common to find tuna steak just with olive oil and onion, cooked.

As an advice, always try several, you’ll see that it will always be different.

The fried corn is the Maçaroca corn in cubes (very traditional from Santana), it takes several ingredients, but can be eaten fried or boiled.

To fry it, you must first boil it, cut it into cubes and freeze it, then fry it.

For many people who visit us, they only know about fried corn, but it is still a tradition to make boiled corn with tuna.

Although it is not very well known.

The Espetada is the queen of our tables in restaurants.

It is common to see it side by side, being shared with tuna, for those who do not like fish.

They are pieces of meat, cut into cubes, roasted in a wood oven, on a spit with bay leaf, which gives the typical flavour, that we often delight in and want more.

The Espetada is seasoned only with garlic, bay leaf and salt and is grilled.

After it is ready, it is served on a vertical spit, where garlic butter is placed to drip on the still hot meat.

This dish is often accompanied by fried corn.

Swordfish Fillet With Banana, is one of the other traditional dishes, which is very popular on the tables of our restaurants.

But you will find several variations of this dish.

Again I advise you to try several.

This dish consists of a swordfish fillet, a very traditional fish of our island.

This fish is breaded and fried in Madeira Wine, accompanied by fried banana.

One of Madeira’s typical dishes, although it is not very popular, is boiled or grilled octopus.

In some places it is served minced with fried potatoes.

Of course this again will depend on each restaurant, but it’s something to try.

Besides these delicacies, we have many fish and meat dishes, each restaurant has its own and you will find mainly restaurants that the main dishes are fish or meat.

The Passion Fruit Pudding is one of the most recommended delicacies you can try in our restaurants.

Besides this famous pudding you can find in some restaurants Fresh Cheese with Pumpkin jam, something to consider as well.

You can find the traditional Banana Flambé, which is our traditional banana Tipo cooked in Madeira wine liqueur.

We have the Anona mousse, one of Madeira’s very characteristic fruits.

This dessert is made on the basis of custard apple and can be found in some local restaurants.

Cherry Cheesecake is a typical dessert of Câmara De Lobos.

It’s made from cherries, which are cultivated in Jardim da Serra.

It is only possible to find it at the time of the harvest, May, as it is the base for the cheesecake.

Cakes, we have several that can be found in various places there are sales and bakeries. If you do not know what to offer someone, here is a good option.

We have the famous Honey Cake.

Many people do not know that there is the honey cake of the poor and the rich.

The honey cake of the rich, (called Bolo de Mel Rico) takes dried fruits and is made with honey cane.

The Honey Cake of the poor is similar but instead of cane honey is made with molasses honey (has undergone several stages of processing) is not as sweet and ends up being a poorer cake.

So there is this difference and it’s noticeable in the taste.

Broas De Mel, are made from sugar cane honey, which gives a dark colour.

These broas are easily found anywhere.

We have several types of “broas”, many of them traditional

Queijadas is a small cake made with curd cheese, which gives it a very characteristic flavour.

It is still part of many breakfasts.

Chestnut Cakes and Biscuits, is one of the common delicacies to find in the parish of Curral Das Freiras, since it is a place where the cultivation of chestnut is very present.

It is possible to taste these delicacies in several local restaurants and bakeries.

The Bolo De Noiva, Bolo Da Serra, depends on where it is made, but they are two equal cakes.

In Santana and elsewhere were and still are very appreciated, because I know that in other parts of Madeira are also made, although with some different ingredients and even with the designation of “mountain cake.

They are home-made products.

They were made for the bride and groom to offer to their guests at the time of “making the bed”.

The “bed of the bride and groom” was a kind of gathering that took place a few days before weddings.

At that time most of the guests already brought their gifts which were placed on the bed.

Of course, they used to make the bed and leave it all “booby-trapped”. From boiled sheets, tied pyjamas and other games.

The bed was distorted in all sorts of ways.

It was a time for celebration.

It was around this time, at the end of the revelry, that the hosts offered this cake.

Still today we find in Santana and Ribeira Brava, these two types of cakes, still part of our tradition.

Moving on to sweets, coming to Madeira Island and not buying a packet of fennel sweets is like going to Rome and not visiting the Pope.

In this case it’s one of the delicacies you shouldn’t miss.

The most traditional sweets are the Fennel ones, (some say that the name Funchal, comes from the Fennel trees that were there when the discoverers arrived in Funchal), but we can find many flavours, from banana, strawberry, eucalyptus and many others.

If you have small family members, it is something sweet to offer.

Biscuits, for those who are the biscuit monster, there is the Santo Antônio factory, which makes various biscuits, from the common ones, to the ginger ones and other delicacies.

At Carnival time it is tradition to eat the famous Torrões de açúcar, malassadas and sonhos.

The “torrões de açúcar” exist all year round, although it is more traditional during Carnival.

The “Sonhos” and “Malassadas” are very popular during Carnival although they are eaten all year round at typical Madeiran feasts known as “arraiais”.

These are some of our typical meals and sweets.

I always advise you to try them in several restaurants, traditional ones and in other places you may discover, but the taste will always be different from place to place. 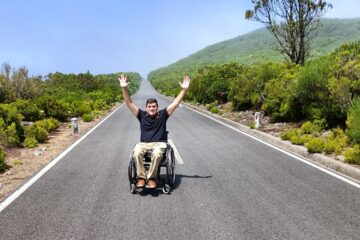 Is Visiting Madeira Island In A Wheelchair A Challenge? 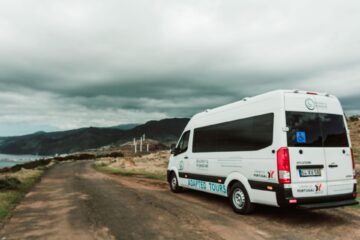 Madeira Wheelchair Accessible what are we 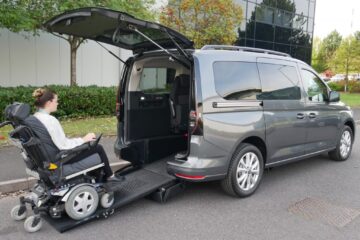 Are There Accessible Taxis In Madeira Island ?